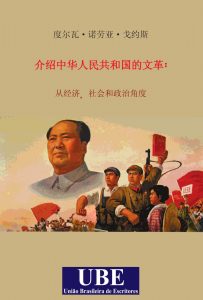 China got out of poverty and backwardness and stands now as the second economy in the world. However, to reach this level, China has run a winding path with many ups and downs. For that matter, we cannot fail to approach the period of the CR. I believe that the book by Dr. Durval de Noronha Goyos Jr. can help the various segments of Brazilian society to be more interested in China, to understand the Chinese history and the reality. As Dr. Noronha said very well in the last paragraph of his book, “the current China has been working for its own happiness and civilization, in the same way, it has been promoting world peace and freedom.

Ambassador Chen Duqing from the People’s Republic of China