Normative Instruction No. 1634, issued by the Brazilian Revenue Service and published at the Federal Official Journal on May 6, 2016, establishes new requirements related to the National Registry of Legal Entities (CNPJ), including the identification the legal entity’s owners along with the “Beneficial Owner” of the company. In accordance with Articles 8 and 9 of the Instruction, “Beneficial Owner” is the natural person who ultimately controls or influences the entity, or on whose behalf a transaction is conducted directly or indirectly.

These changes will have a substantial impact on civil, tax and labour lawsuits, facilitating the location of debtors’ assets, thus increasing the exposure of entrepreneurs who are being judicially executed.
Another significant adjustment is set forth in Article 12, item X, of the Instruction, and refers to the Legal Entity Identifier (LEI), which is the identification required by the international registry of legal entities participating in the international financial market.
According to the Brazilian Revenue Service, these measures are intended to give greater security to international financial operations and combat corruption and money laundering more efficiently.

The term “Beneficial Owner” is known by the international community for some time and was defined by the OECD – Organization for Economic Cooperation and Development, in early 2011. Therefore, the insertion of the concept of “Beneficial Owner” in the Brazilian legislation fills a gap in national legislation and enables Brazil to be in accordance with international regulations that seeks greater transparency and more effective combat against corruption and money laundering. With the new changes the Brazilian Revenue Service is not just requesting the identification of the direct shareholder of the foreign company operating or which intends to operate in Brazil, but requests the identification of the entire structure of related companies including their beneficial owners.

Currently, several collection claims fail to thrive due to the absence of information on the debtor’s property. Although assets held by the debtor can sometimes be identified by creditors, when analysing the corresponding documentation one would verify that these assets formally belong to a foreign company, making it difficult or even impossible to use the asset in favour of the lender to pay the debt, requiring a tenacious and sometimes impossible work by the creditors’ lawyers in order to prove the connection between the borrower and its assets before Brazilian courts.This is known in the market as “asset ring-fencing” which is nothing more than an asset protection tool, which is occasionally used to nlawfully hide the debtor’s assets from its creditors. With the changes, the courts are expected to swiftly identify, with the assistance of the Commercial Registry and the Brazilian Revenue Service, the property of a person, even where that person does not hold the formal title to the property, whether in fiscal, civil or labour claims.

Normative Instruction No. 1634 provides for an exception to the rule in its Article 8, paragraph 3, releasing from the obligation to identify the “Beneficial Owner” of legal entities established as public companies in Brazil, or in countries which require public disclosure of all relevant shareholders, or companies which are not incorporated in jurisdictions with favourable taxation or subject to a privileged tax regime.
It is essential that companies observe the new requirements imposed by the Brazilian Revenue Service to the extent that non-compliance with the registration adjustments imposed by Normative Instruction No. 1634 may result in the suspension of CNPJ’s registry and subsequent obstruction of access to the electronic invoicing system, barriers to bank transactions, bank accounts, financial investments and even to obtain loans.

The new rule will enter into force on 1 January 2017 for new entities which do not have a CNPJ registration as well as for already registered entities, which shall inform the beneficial owners when making any registry update or until the deadline on 31 December 2018. 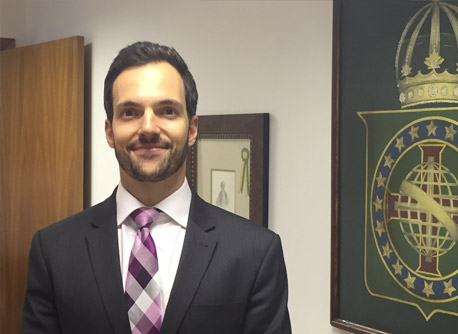